Why You Should Never Get Married in the Winter

When the air grows cold and snow envelops the earth, the wise brew cocoa, make ice forts, and capture armies of squirrels to pull makeshift sleds. Only the foolhardy tie the knot.

Case in point: last December I finished a half-day of school and then skidded to O’Hare airport in order to catch my flight to Asheville, NC, where my former housemate was to marry her beloved fiancé. The weather, however, was not cooperating. 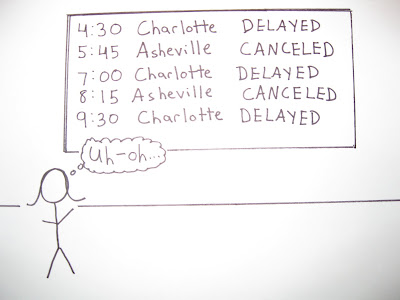 I became increasingly impatient and nervous as I stared at the departure screens of doom. Fortunately, the airport offered opportunities for distraction. 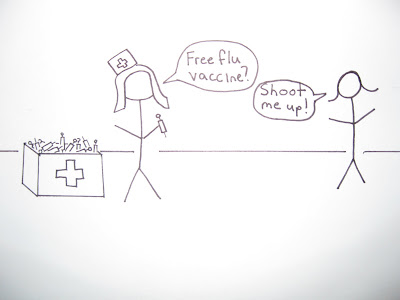 Eventually I joined up with two other stranded wedding attendees, and we began plotting strategy together. 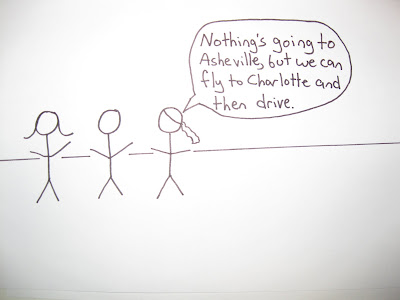 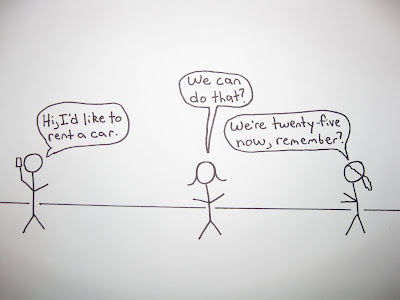 My friends and I were on separate flights to Charlotte, so we planned to meet up when we arrived. The only snag was that we didn’t know when… or if… either one would make it. After hours of delay, I boarded my plane and prayed desperately that when my phone went back on it would have good news from my companions.

Once in Charlotte, I navigated the airport complex until I found a bus to take me to what I vaguely remembered as our car rental company. I waited. 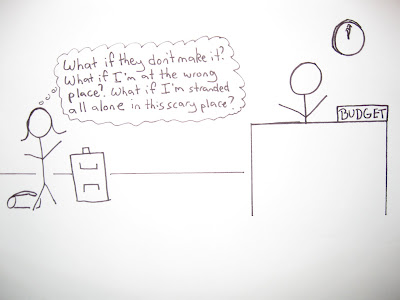 My friends arrived just after midnight, and as we piled into the car we realized that we didn’t know what route to take… especially considering the large number of impassable paths. 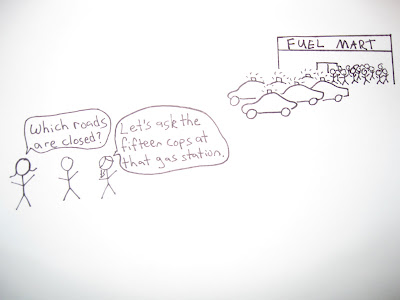 Once on the road, we became downright giddy. 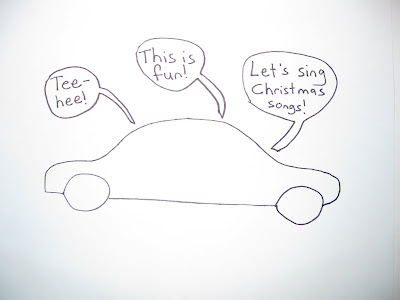 We also kept a careful count of all the cars abandoned on the side of the highway. 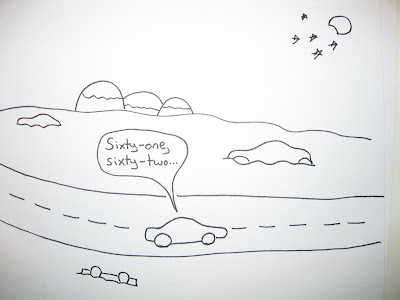 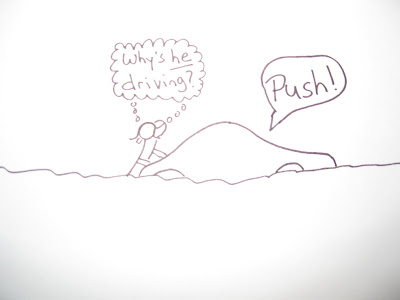 Thanks to our impressive muscles and vehicular finesse, we made it all the way to Asheville. Then we found the road leading to our bed and breakfast. 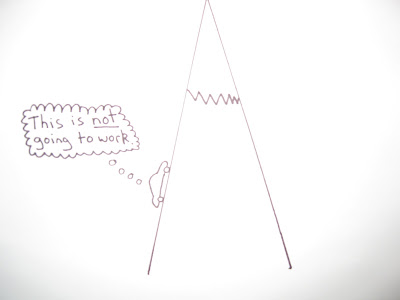 There was no help for it. On the advice of a scary-looking lady out for her morning smoke, we bid farewell to the rental car and trudged through the snowdrift. 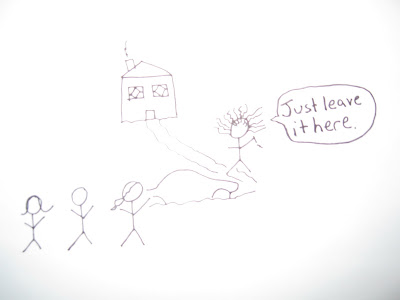 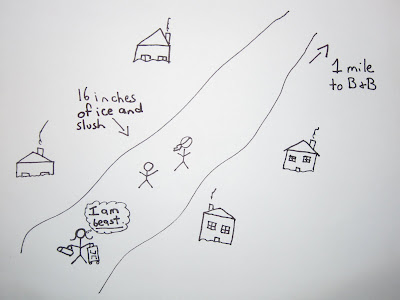 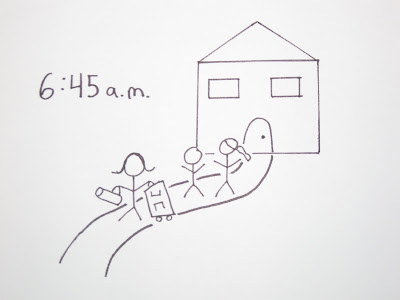 We snatched two hours of sleep, and then it was time to befriend people with four-wheel drive so that we could actually get to the ceremony. 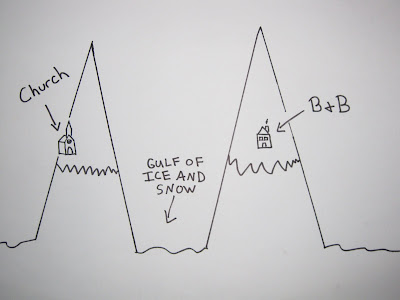 The wedding itself was, in a word… amazing. The air was crisp as we huddled inside the old wooden church, and the instrumentalists played heart-melting harmonies composed the by groom himself. 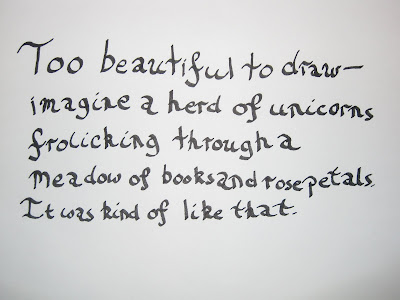 …and the reception had the best cakes and dancing I’ve ever encountered at such an event. 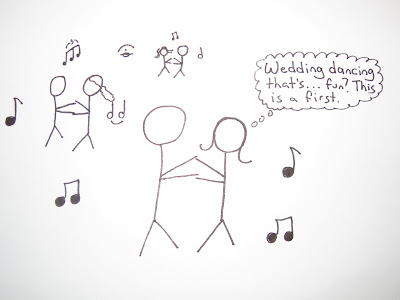 Even so, this did not stop me from extracting a solemn vow from all the attendees. 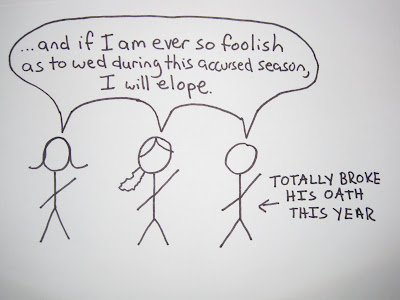 Email ThisBlogThis!Share to TwitterShare to FacebookShare to Pinterest
Labels: Relationships