A Visit to the DMV 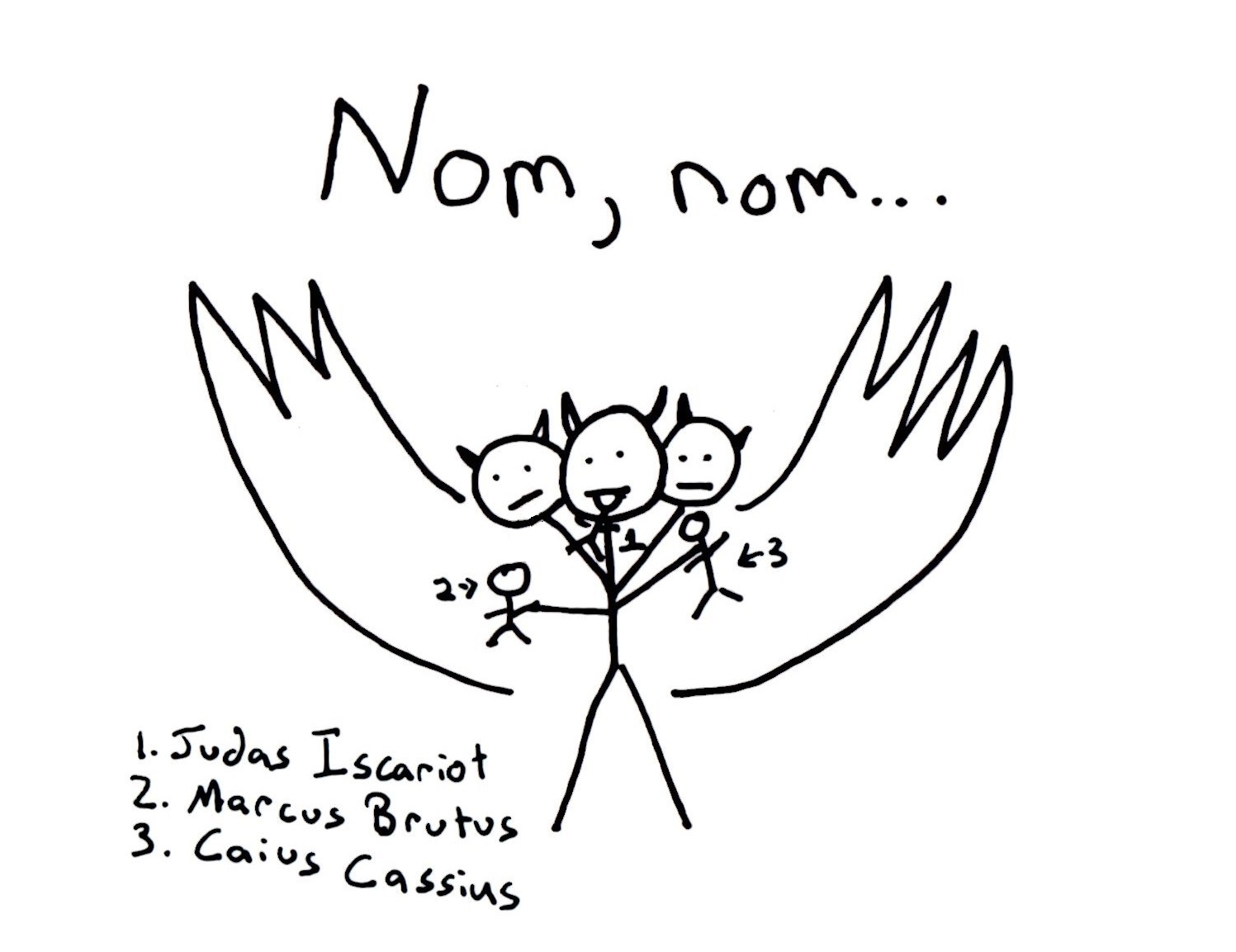 Apparently, Julius Caesar is one step below Jesus.

It's T.S. Eliot's "Hollow Men" that most reminds me of the Department of Motor Vehicles, however. 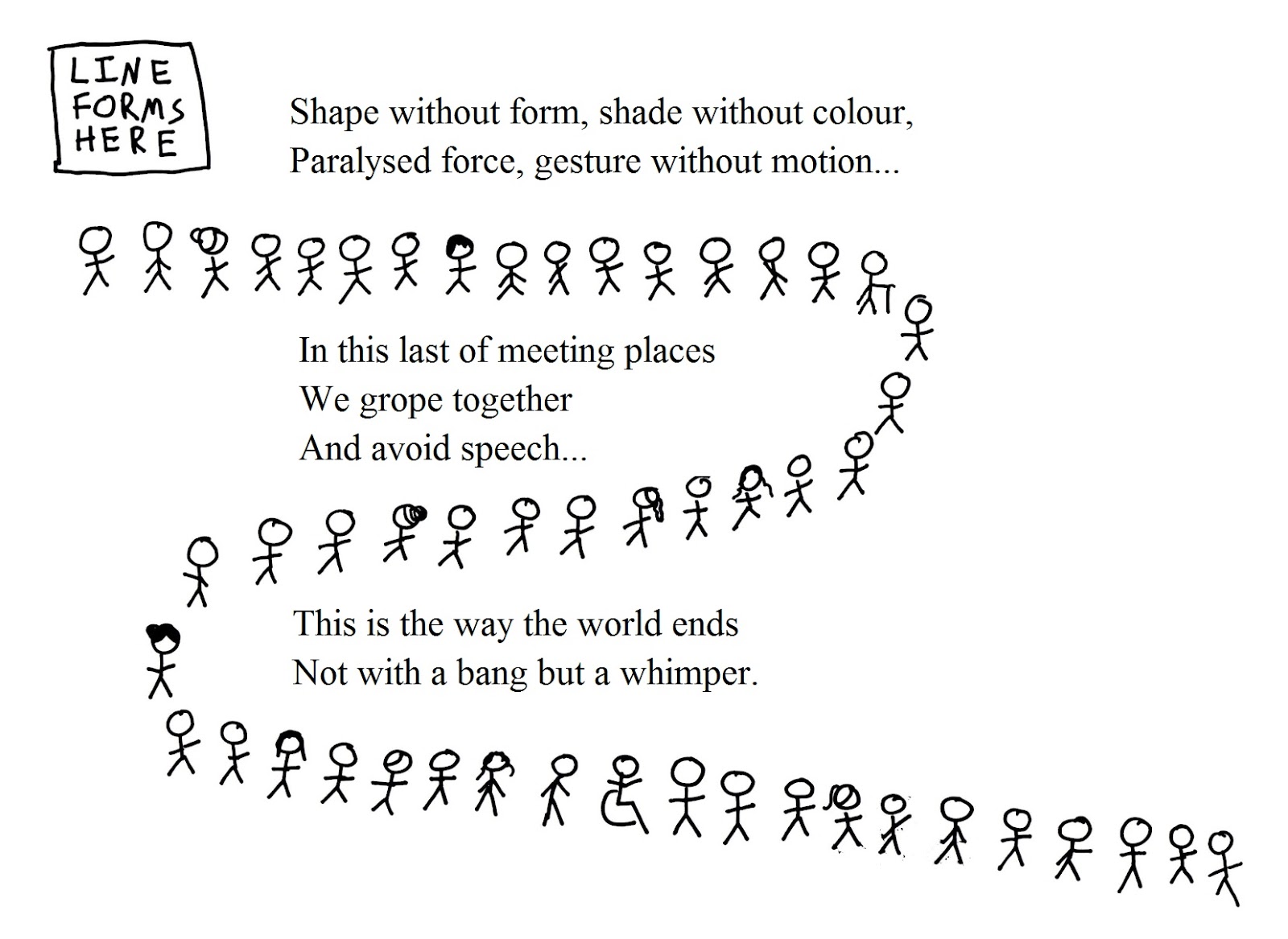 Like many people, I have my share of DMV anecdotes. At age seventeen, when I went to take my driving test, I wound up with not one but two examiners in the car with me.

They argued. The entire time. 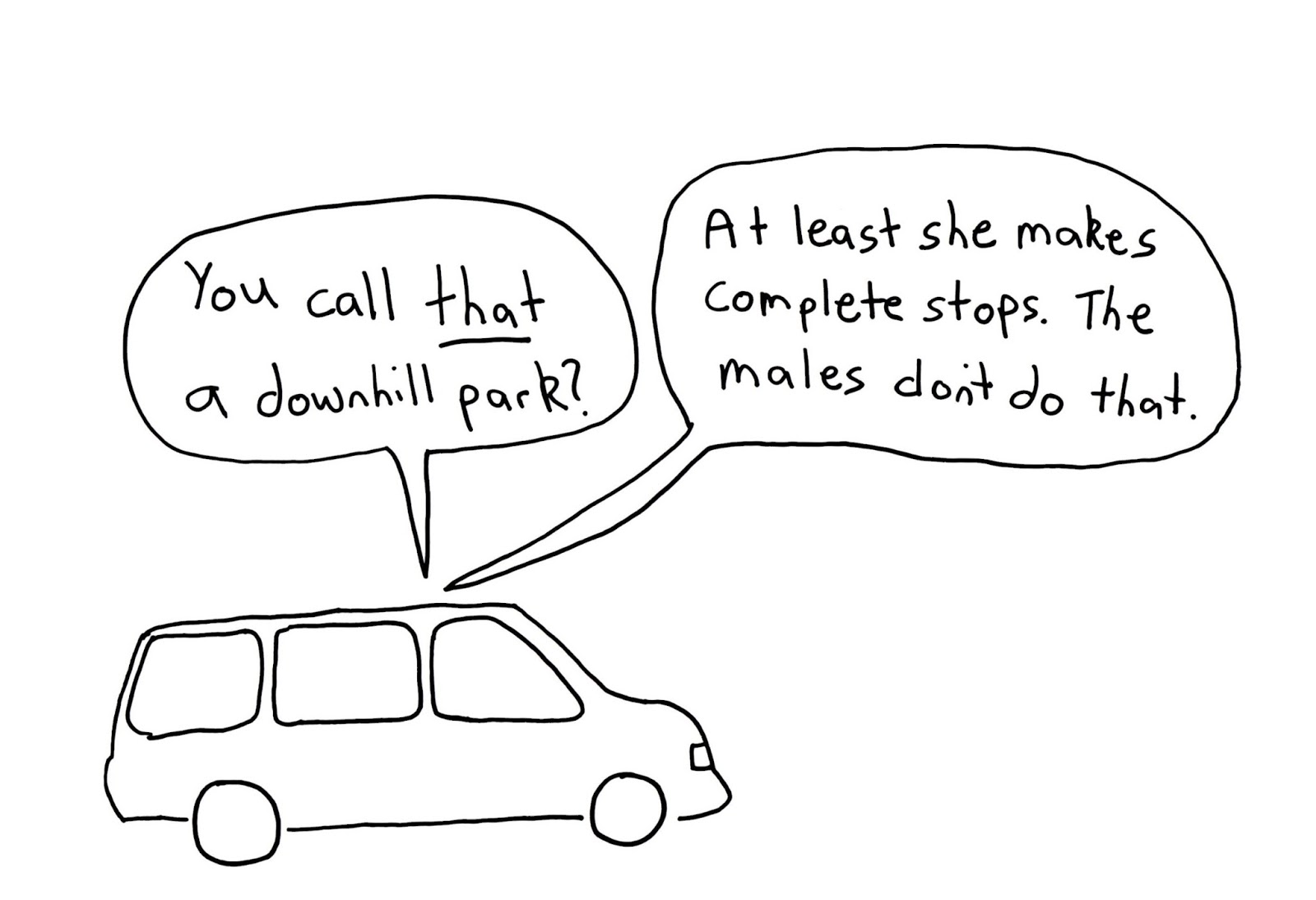 When I finally moved out of my parents' house, my dad and I went to the DMV so we could switch the car to my name and I could update my license. This resulted in a double-whammy of creepiness. 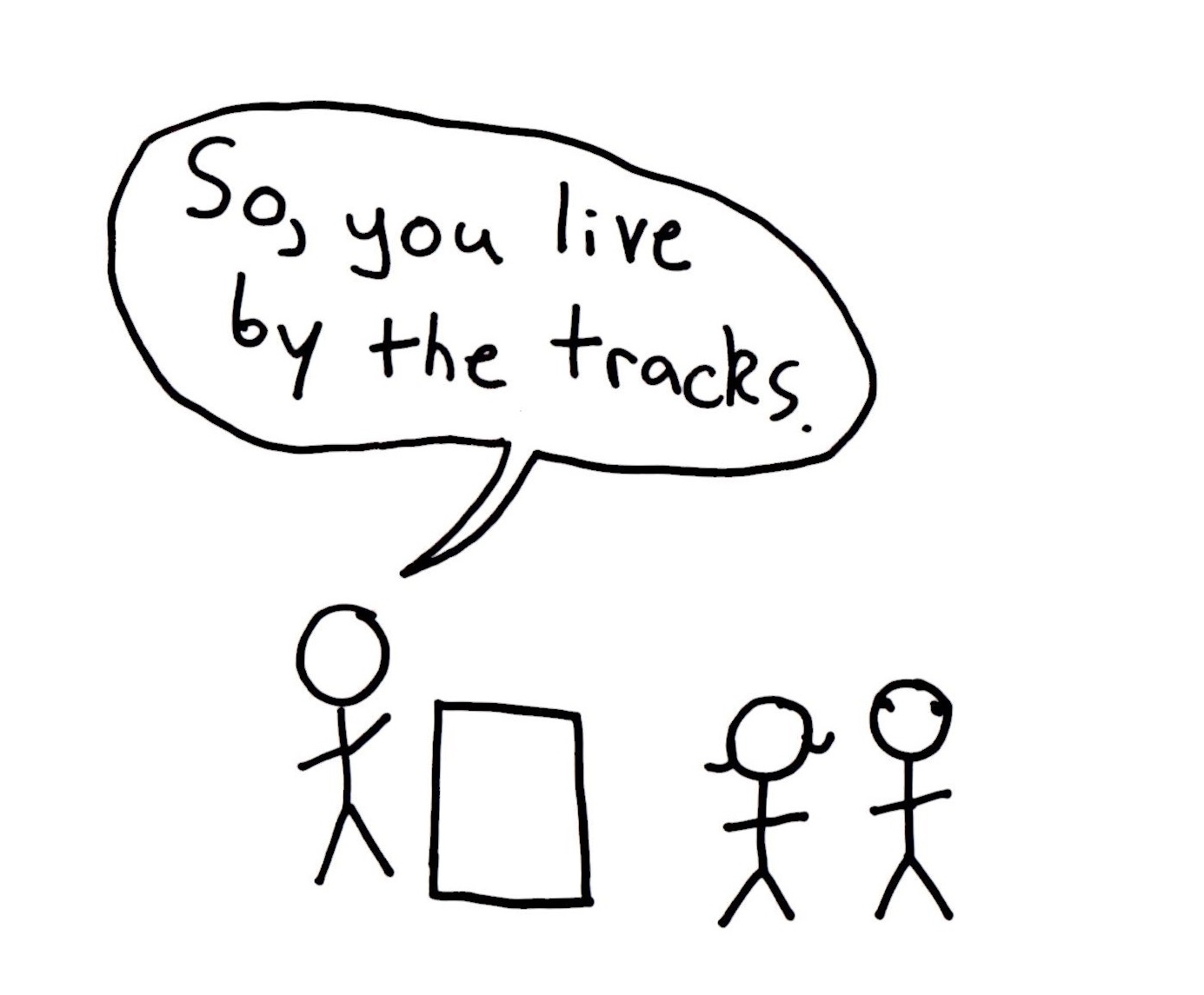 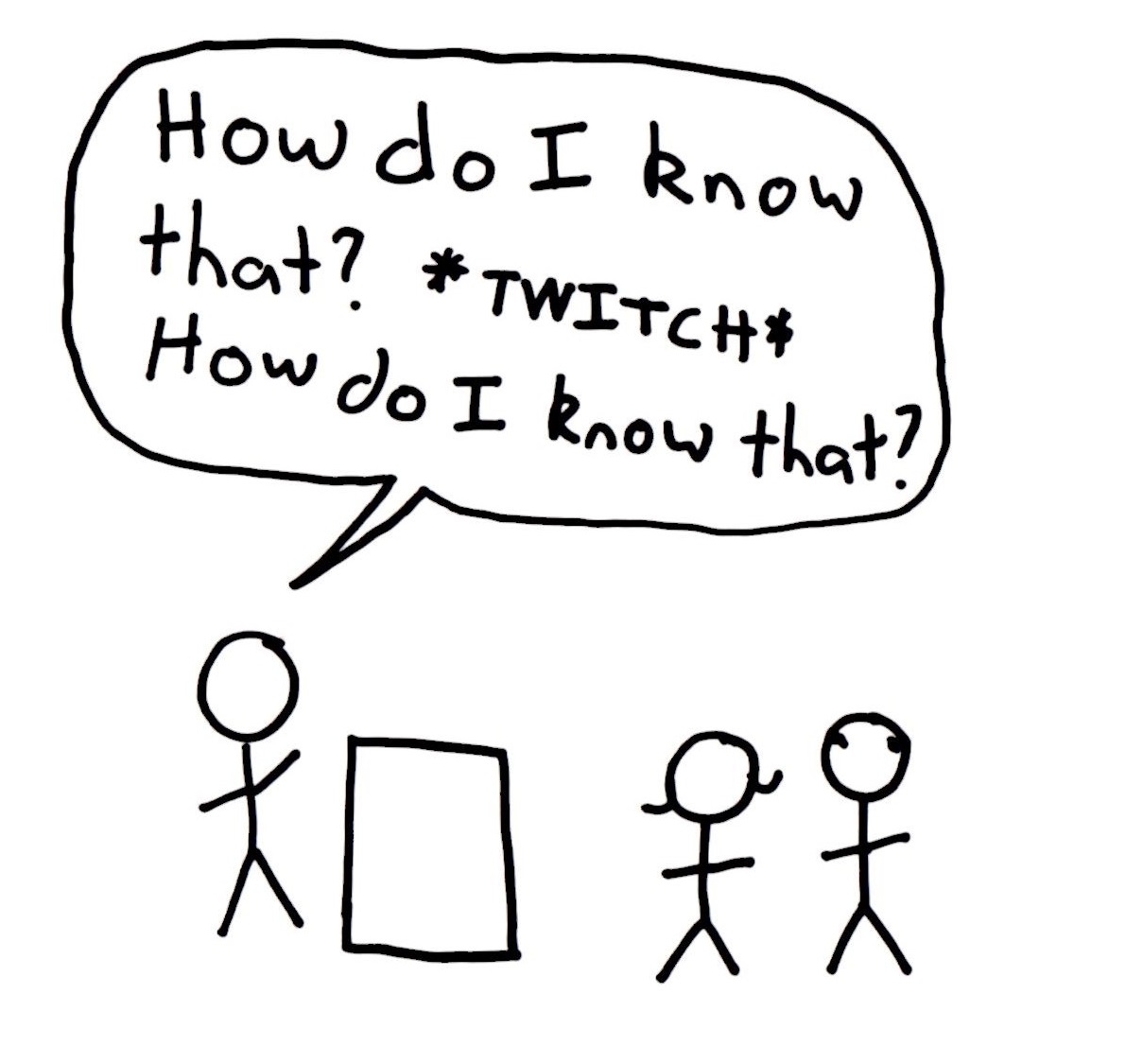 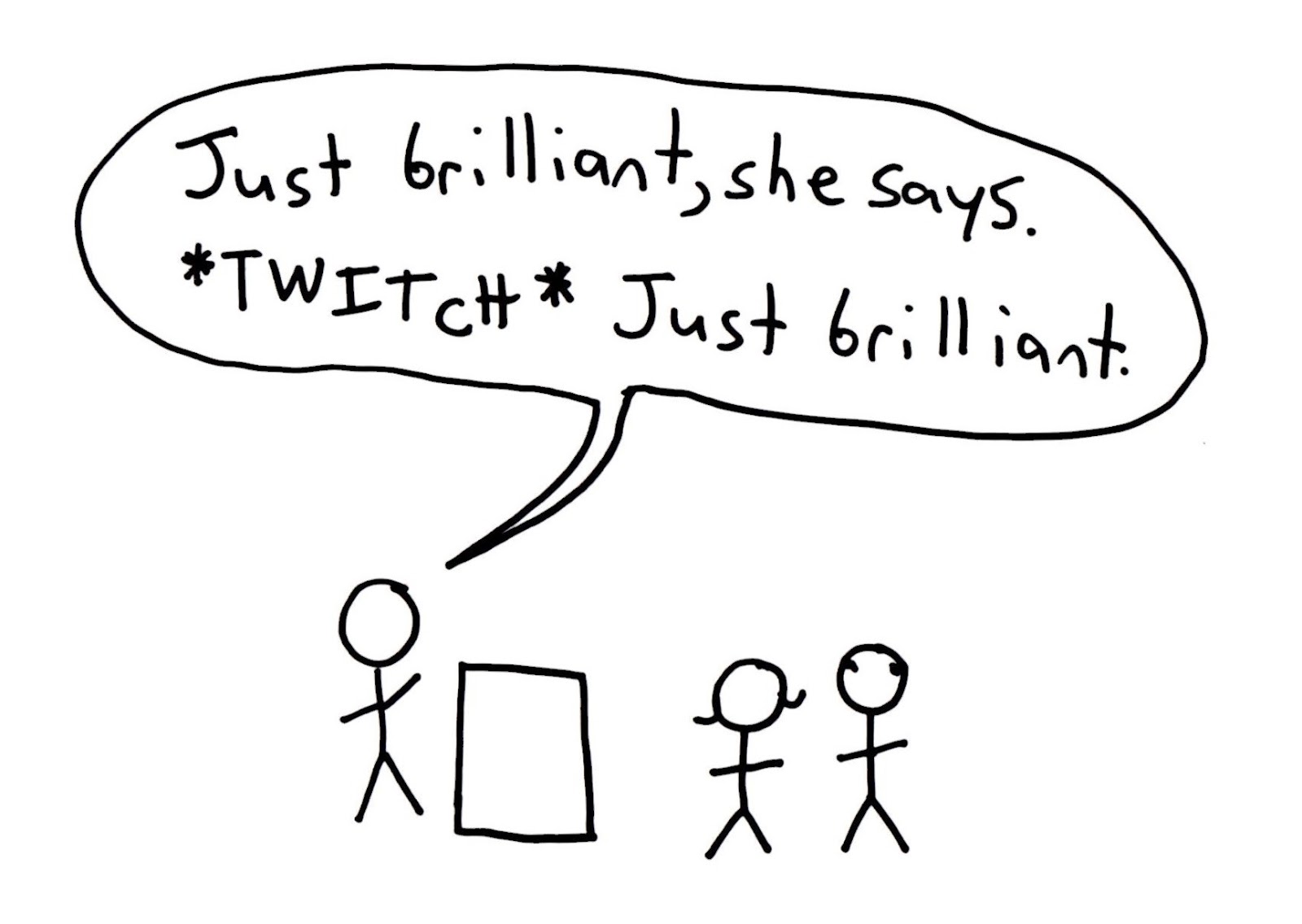 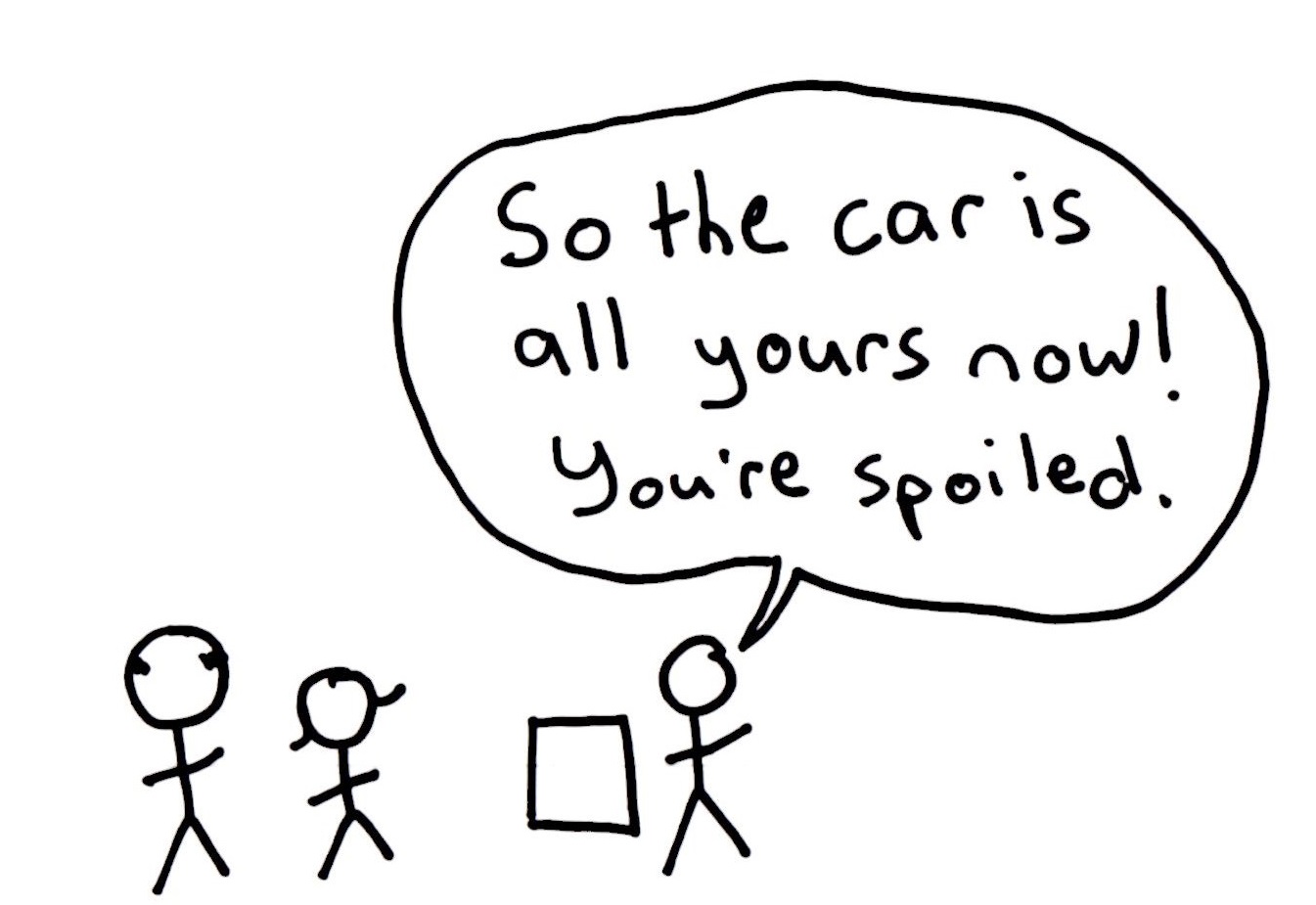 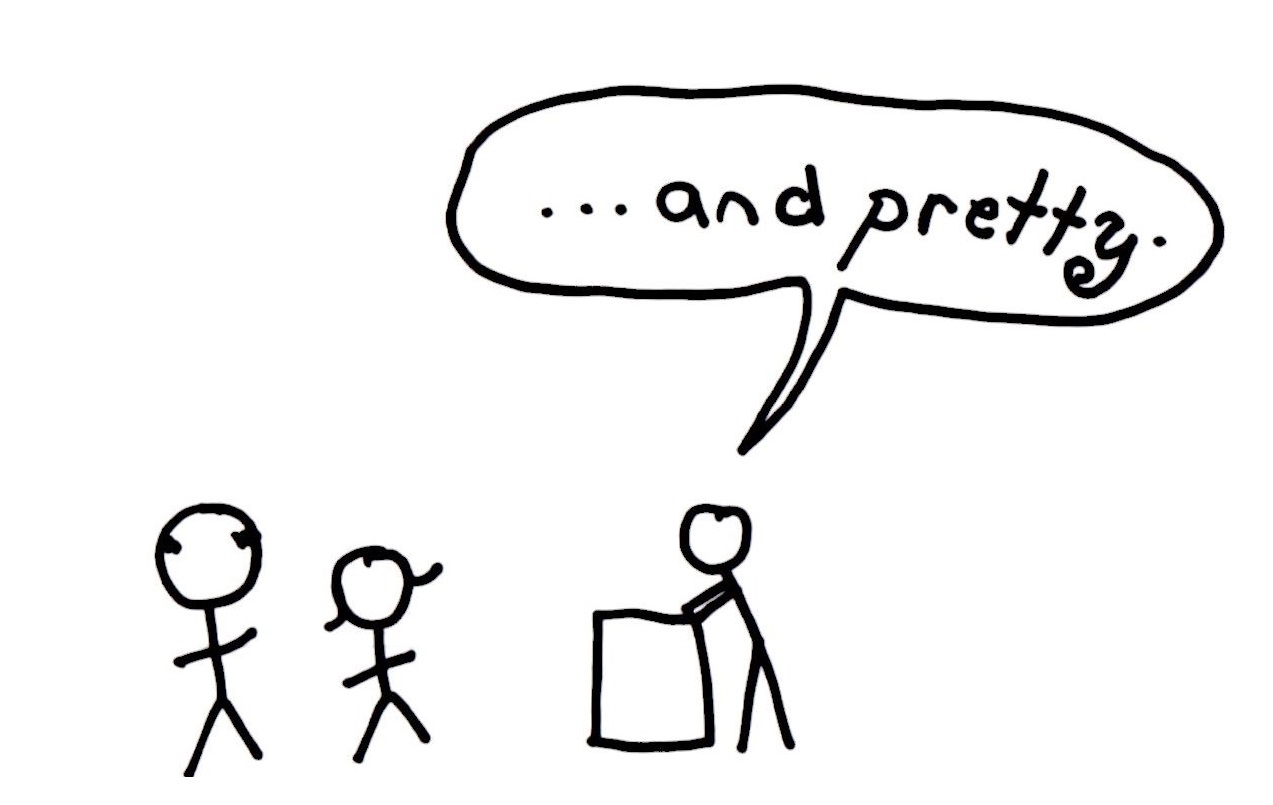 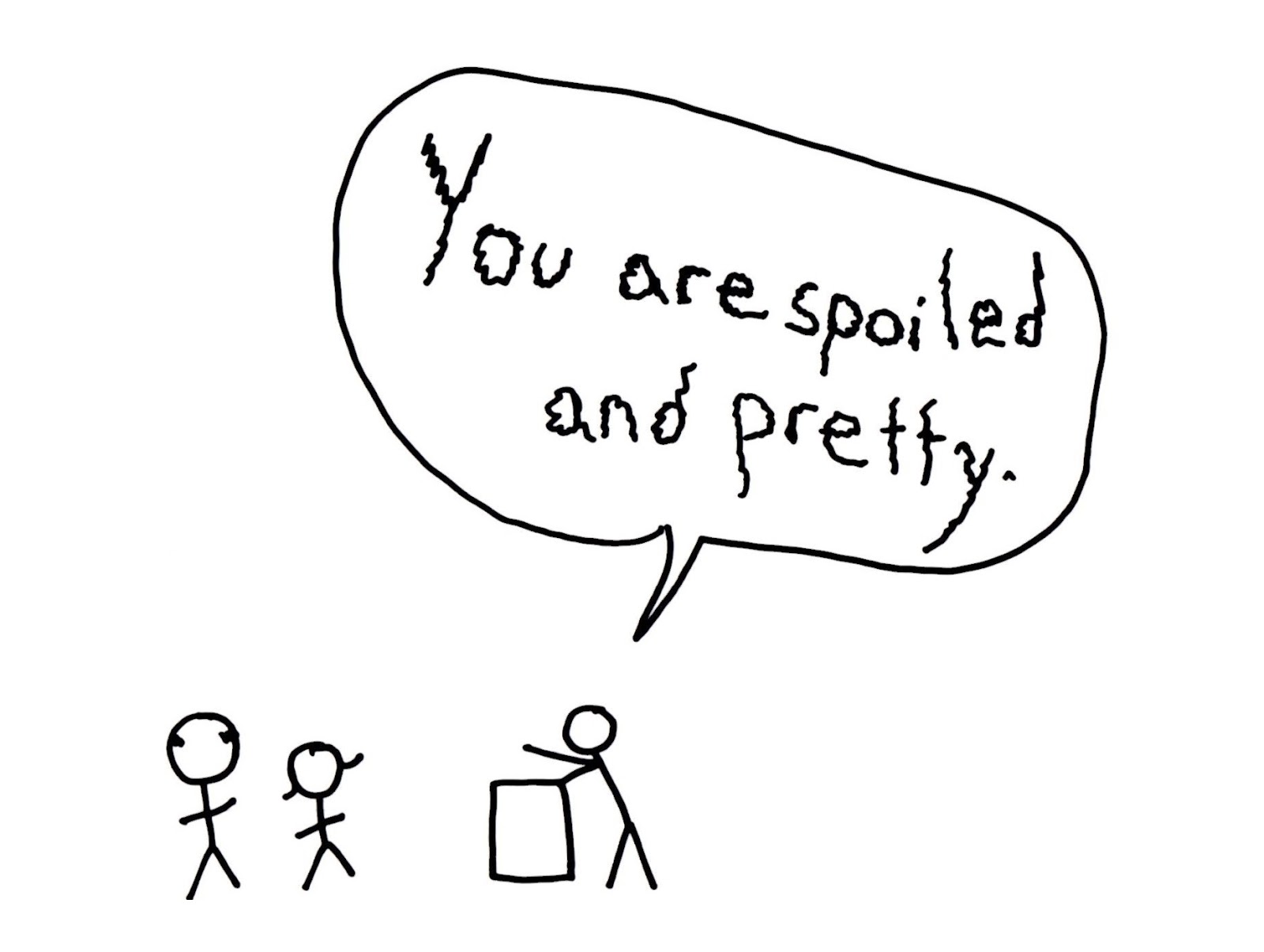 Thus is was with some trepidation that I dreaded my recent DMV excursion to update my license again. Unlike the previous times, which required a trip to the large facility several miles down the road, I went to the one a few blocks from where I live.

This visit was particularly unnerving.

First of all, there was the line. 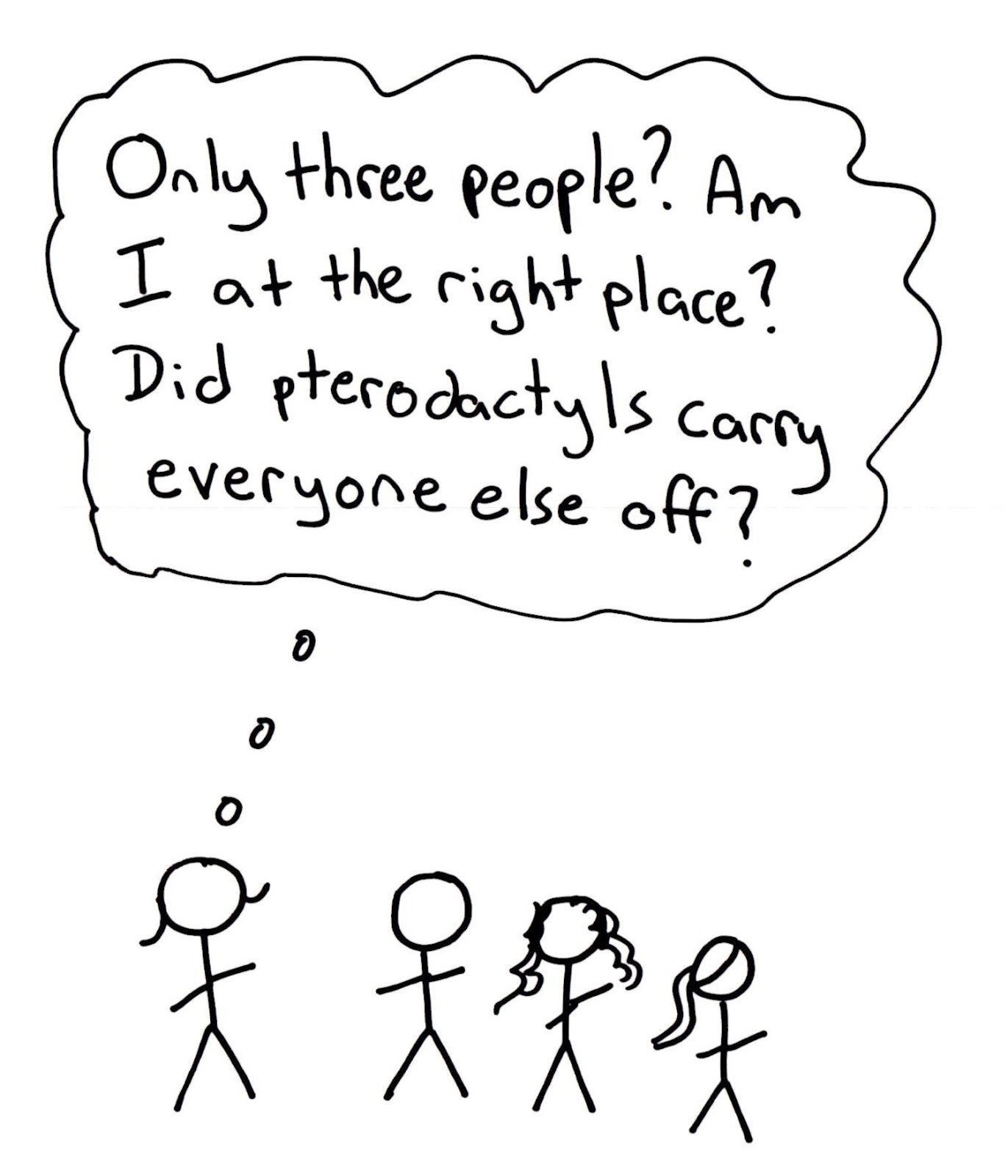 Then there was the lady at the desk 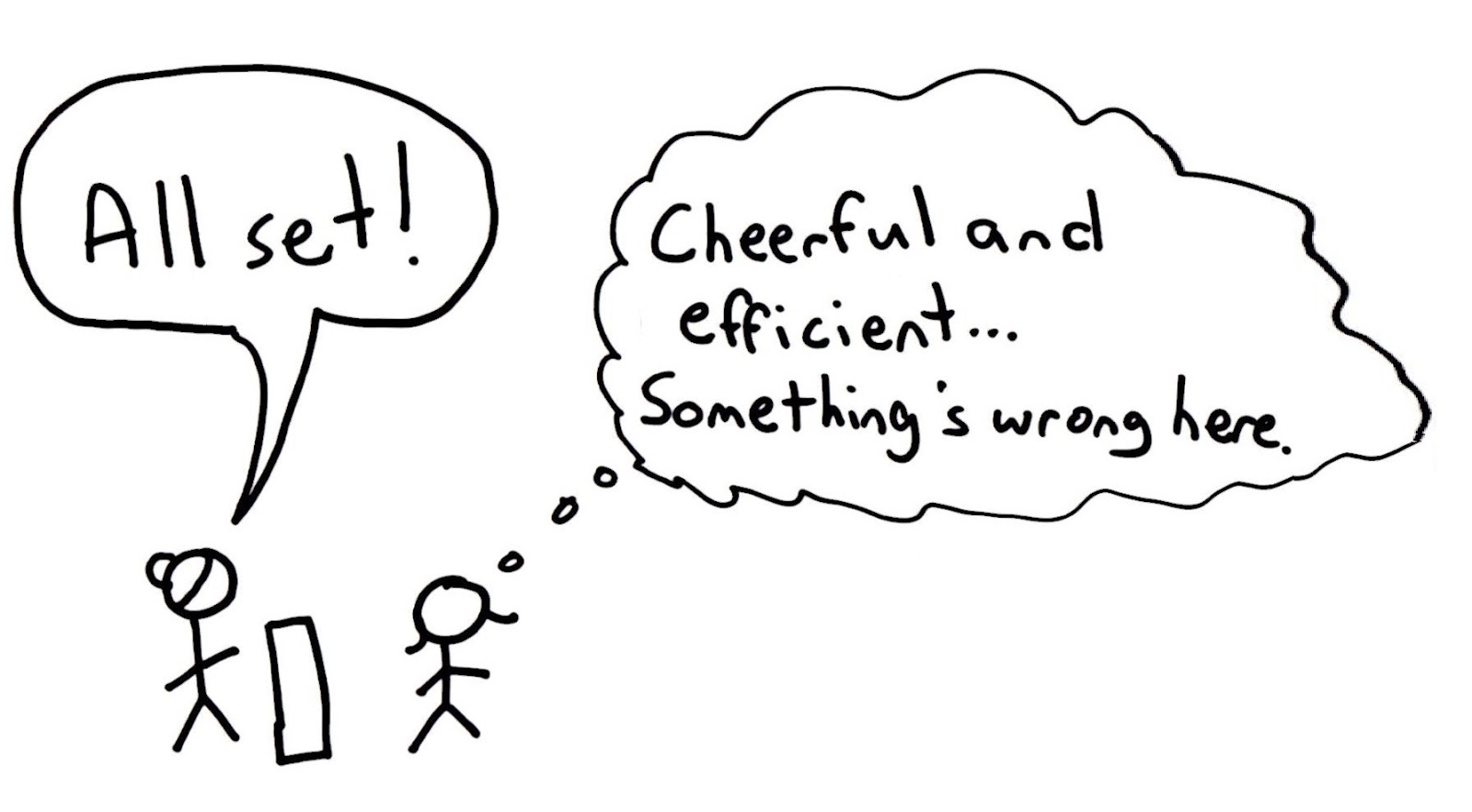 ... along with the cashier. 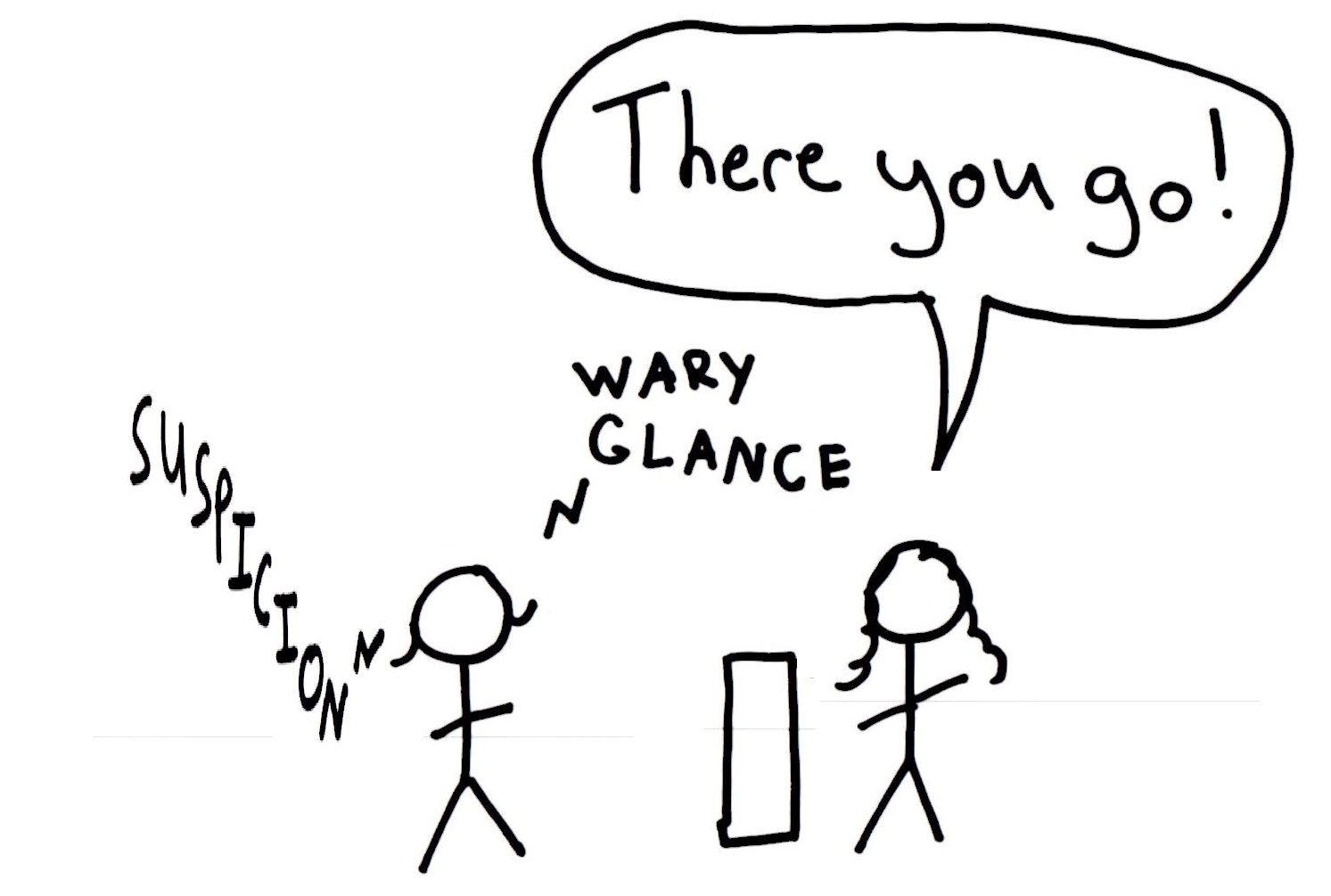 Waiting for my new license was likewise disturbing. 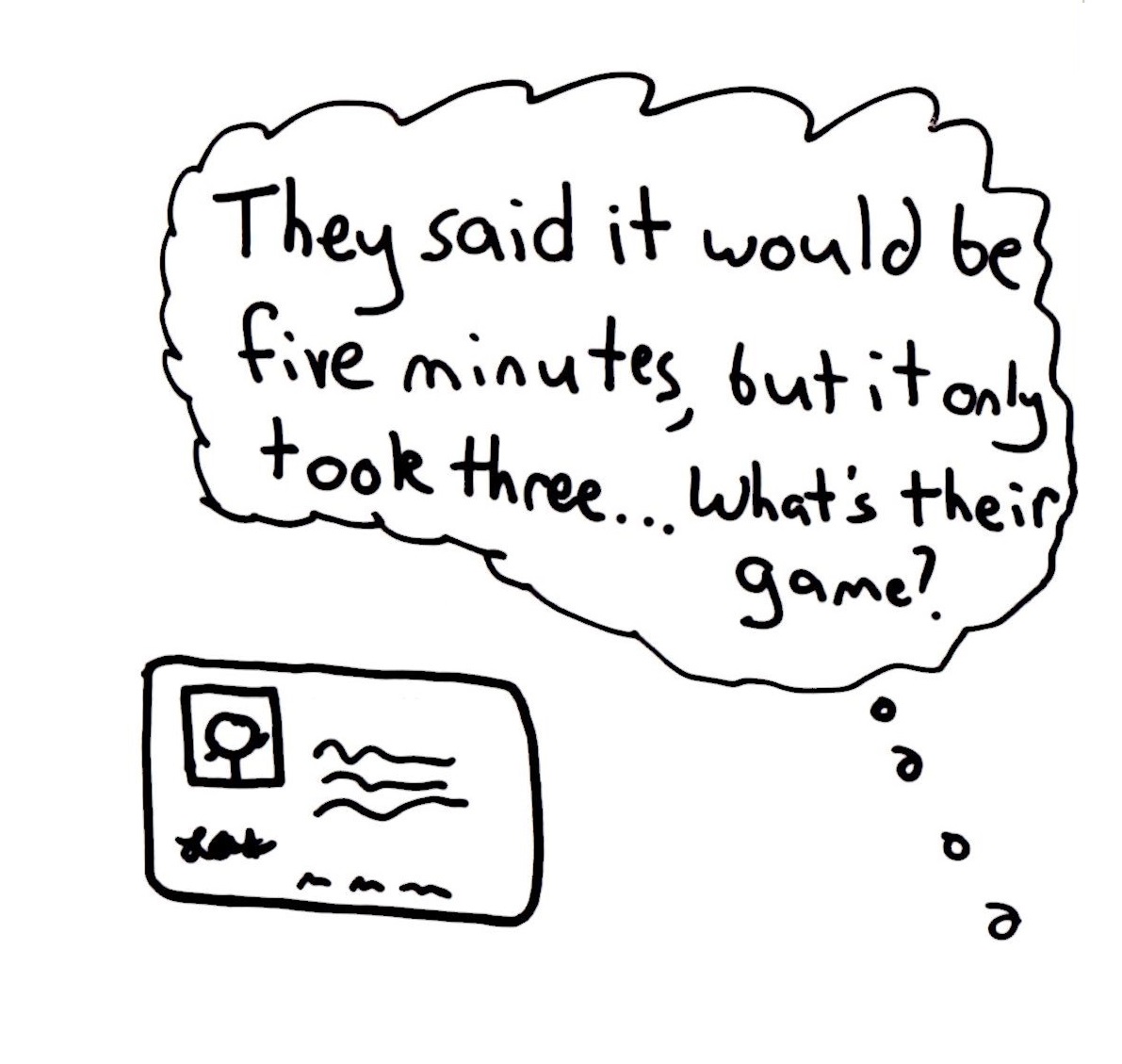 All in all, I was treated with courtesy and efficiency in an eight-minute trip. 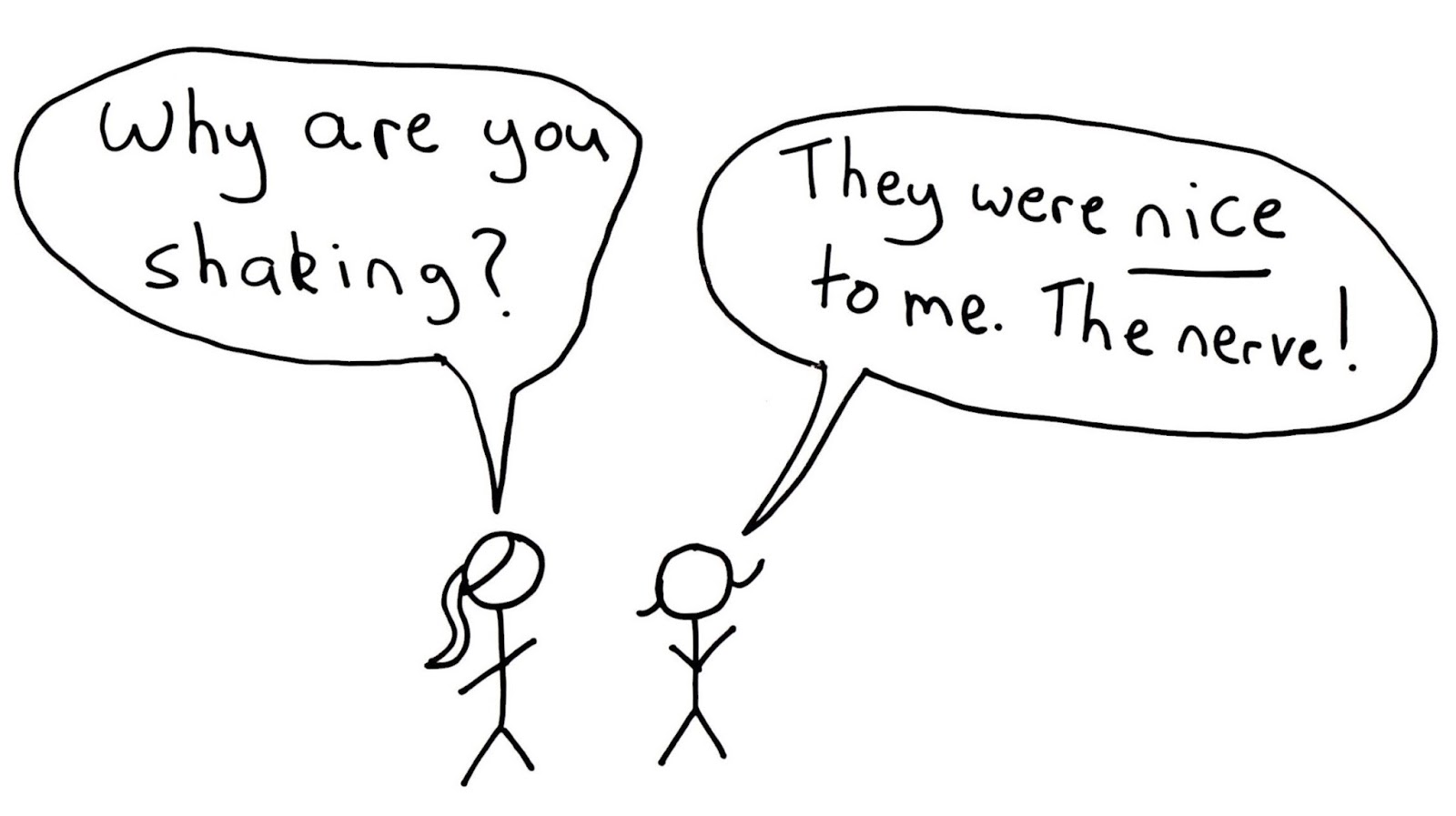 Dear local DMV: you're doing it wrong, and it's creeping me out.

P.S. My husband has an idea for using the DMV to make people hate the government less. I think he's on to something. 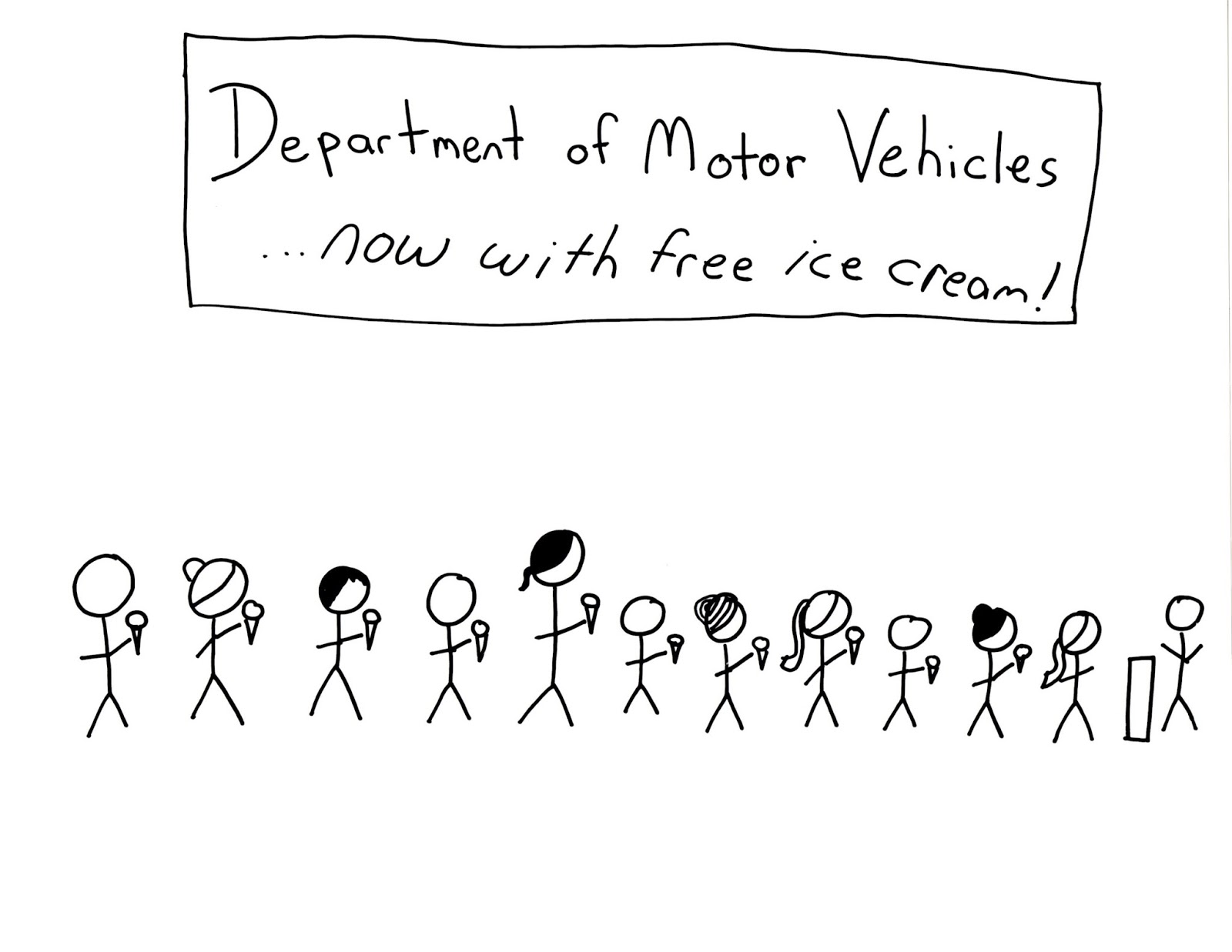 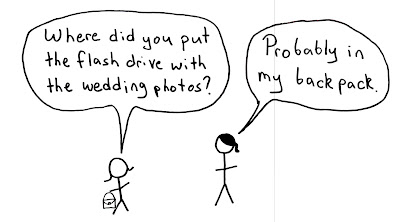 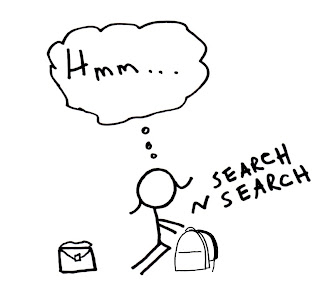 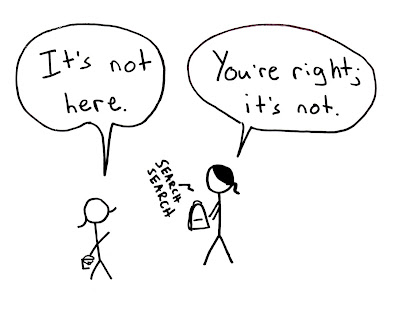 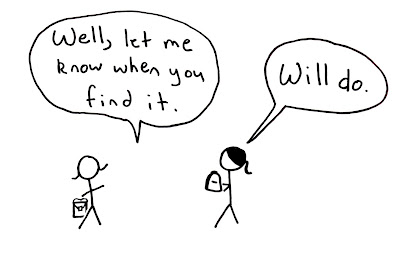 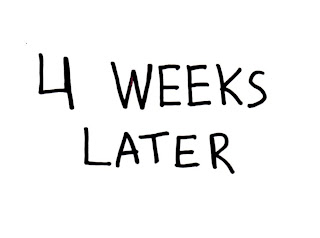 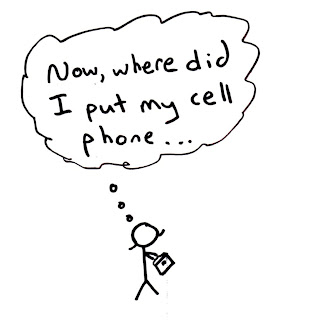 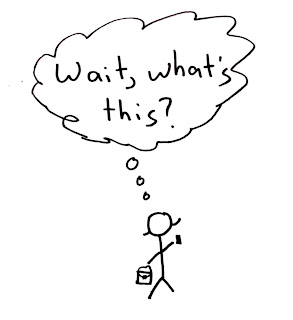 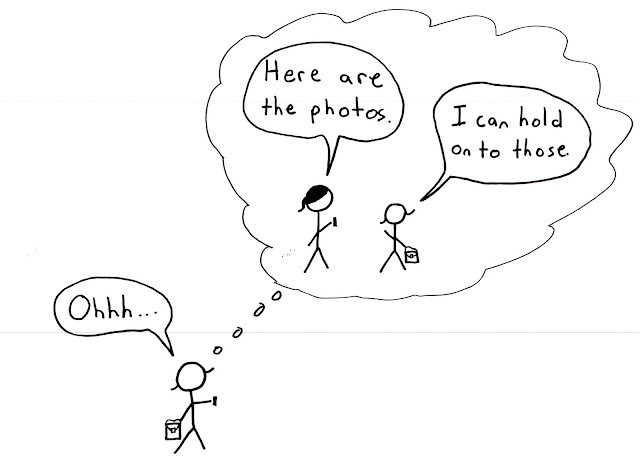