A trip to the gym, while potentially beneficial to one's health, poses a host of traumas for the socially-anxious.


Take rowing machines, for example. My local YMCA has two of them, right next to each other. There is the problem of which one to use – do I take the one that has a better view of the televisions, even if it is next to an occupied treadmill? And what happens if I accidentally sync with another rower? 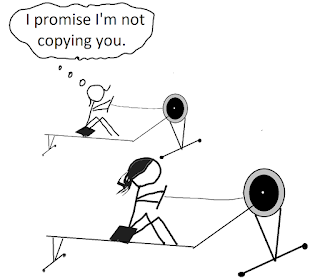 On one particular visit, I successfully navigated this minefield only to be faced with a far greater dilemma. 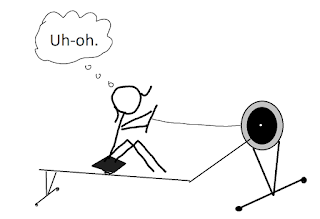 I had just spent forty minutes battling a new foe: the setting sun, which was overpowering the insufficient shades. 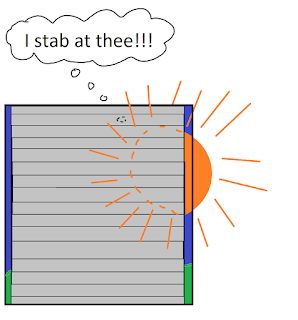 I was planning on ending my time there with a jog on the track, which is elevated and rings the fitness center. Now that the sun had finally set, I could stop squinting and glance up to see how crowded things were. 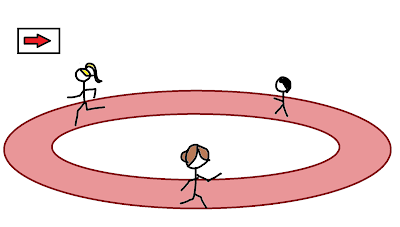 It was a scene of mad disorder: three joggers, each defying the arrow-ordained direction by moving counterclockwise.


I contemplated the situation. I could join in their heresy, or I could follow the correct path... at the risk that the joggers would believe me to be incorrect.


As far as I was concerned, there was only one good answer. 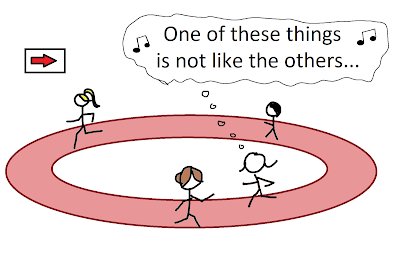 I chose an unoccupied lane and began my jog. No one was moving particularly fast (especially me), so I was able to pass the others safely. Whenever I approached someone else, I invited her to join me in orthodoxy.


I did this by maintaining a pleasantly neutral smile and avoiding eye contact.


A few minutes later, another person arrived on the track. 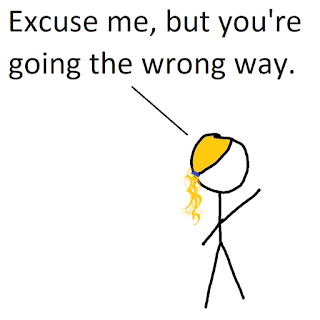 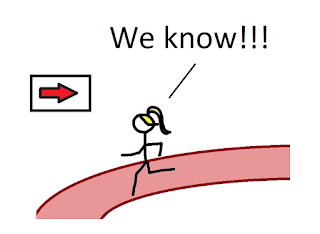 As it turned out, none of the current joggers had begun this trend – the first one had simply adopted the incorrect direction set by two elderly gentlemen, and the others had followed suit upon their arrivals.


All it took to correct the situation was a little communication... and that's a lesson that I ought to take to heart. As much as I dislike approaching people, perhaps I should use my words, just as I teach my children to do. 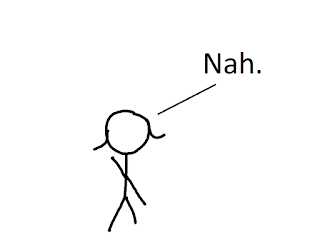