The summer before my first year of college, I had the opportunity to go on a wilderness program with other incoming freshmen. Despite never having graduated beyond the elementary school version of Girl Scouts, I decided it would be a worthwhile experience for two reasons. First, it would help me get into shape. 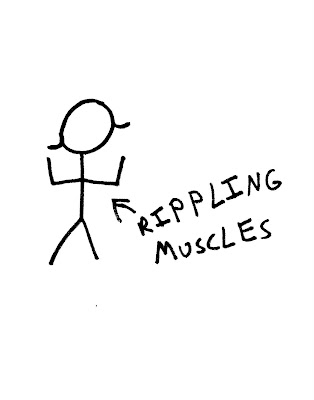 Second (and more importantly), it would help me meet people. I’ve never been good at initiating friendships, but I figured that a few weeks in the woods with captive audience would do the trick. 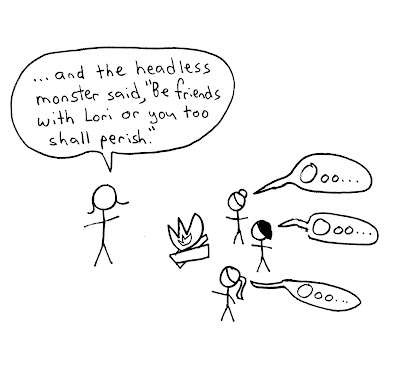 My parents – especially my mother – were less than enthusiastic... especially when they saw the packing list. 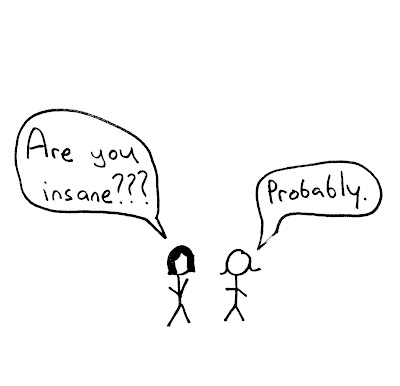 It was an eight-hour drive from the main campus in Illinois to the remote campus in northern Wisconsin, and because the program directors wanted to break our spirits (presumably so they could be built up again, but I’m not sure), we arrived at Honey Rock Camp at 6:00 a.m., having spent a wretched night on a bus. 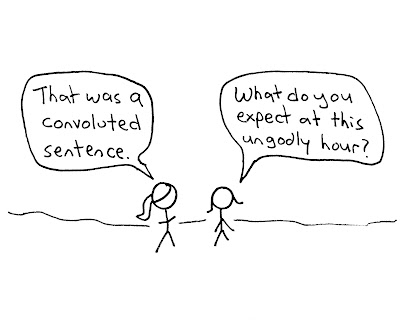 Bleary-eyed, we were herded off the buses and separated into groups. Only then did I start to realize just what kind of trip I had signed onto. 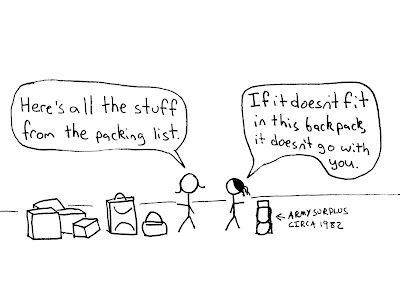 Every third person carried a large tarp that would be tied to trees in order to masquerade as a tent, and we were each issued a sorry excuse for a sleeping bag, a canteen, a mess set, and a Nalgene. I remember my Nalgene particularly vividly because there was large, deceased spider stuck to the bottom of it. 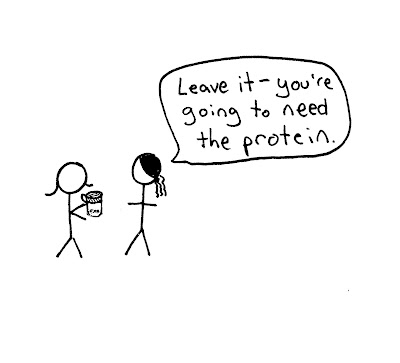 The first night we were close to camp. It took a while, but I eventually fell asleep. After far too few hours, however, my bladder informed me that it was time for a trip to the woods. 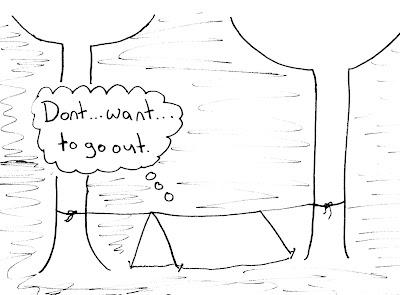 I spent the rest of the night crossing my legs and sleeplessly wondering how long it would take my parents to come pick me up.

The next morning our group was plunked into a van, driven past the Wisconsin border, and unceremoniously dumped in the middle of a Michigan state park. 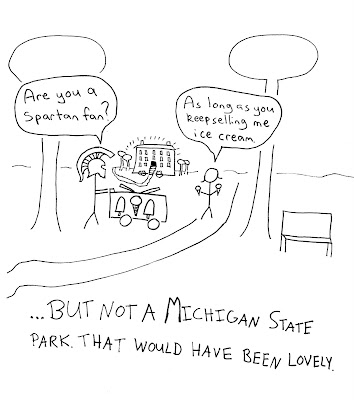 We spent the following two weeks attempting to navigate our way to Lake Superior using only a compass and geological surveys from 1970s. It was a very rustic trip. We weren’t allowed to bring soap, shampoo, razors, or even deodorant. We boiled river water and strained it with our teeth. We compared notes on which ferns were the most toilet paper-esque. We bushwhacked mile upon mile, up and down hills and through forests and swamps. We acquired so many insect bites that my mother cried when she saw me afterward. 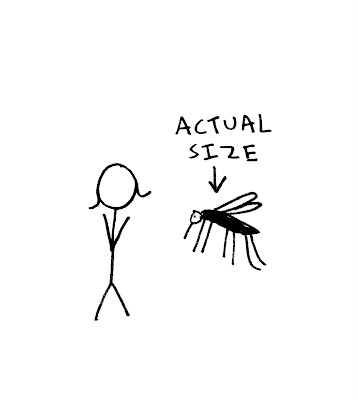 Our food situation was complicated by the fact that all of it came in unlabeled plastic bags and our leaders refused to give us any clues. Also, much of it came in the form of white powder, so it’s a good thing we didn’t have any run-ins with the police. 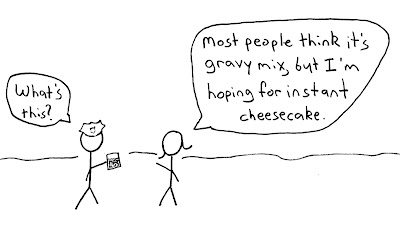 I soon realized that I’d never be Lori S: mountain woman, but my trip improved dramatically when I finally accepted that it was worth it to make an extra trip to the woods in the middle of the night. 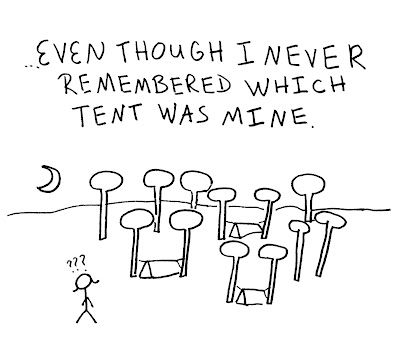 After two weeks of intrepid awesomeness (including everything from climbing a cliff to portaging canoes in a thunderstorm), we were picked up by the white van, returned to Wisconsin, and found ourselves tantalizingly close to civilization.

We ended with an eight-mile run into camp. 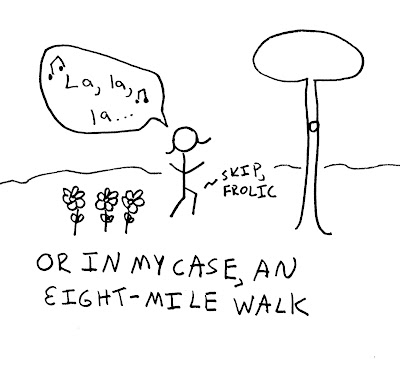 Since then, the powers that be have made some changes to the High Road/Vanguard program. Apparently they now tell people what they’re getting themselves into and make the entire process significantly less hardcore. There’s even an option for participants just to hang around camp for the duration. For these students, I have a few words of advice. 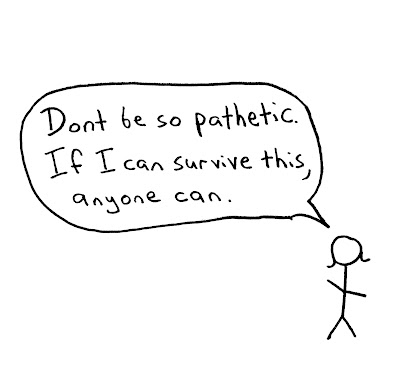