...or, “Why I Have Three Mostly-Full Cartons of Eggs in My Refrigerator”

It all started a few months ago when I was baking a cake for a dinner party. I bought a dozen eggs and used three of them to make a lopsided but delicious tower of chocolatey goodness. 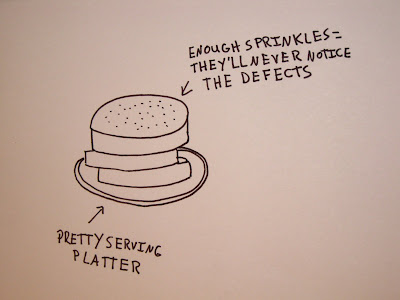 This left me with nine eggs. Obviously I wasn’t going to cook real food just for myself, so I decided to make the remaining eggs edible with as little effort as possible. I tried hard boiling some on my archaic electric stove, but this resulted in a war between my laziness and my impatience. 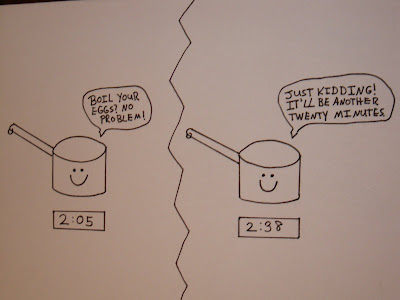 Okay, thought I, I’ve got some butter left; I’ll just fry them in the skillet. This resulted in quick, palatable eggs, but the cleanup left much to be desired. 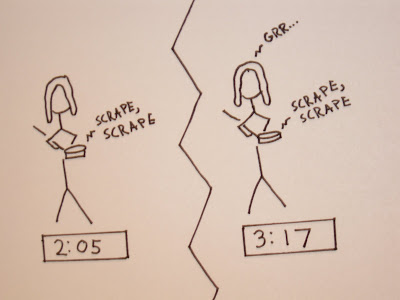 Some time later, I was providing snacks for the scholastic bowl team I coach, so I pulled out the egg carton and looked at the date. Because the “use by” date was ten days past, I put the carton back in the refrigerator (I was okay eating slightly-old eggs, but I certainly wasn’t going to inflict them on anyone else) and drove to Jewel to buy a fresh dozen.

You can guess the rest. My new mostly-fully carton became fridgemates with my old mostly-full carton, and these were joined by a third carton when I baked for yet another event. 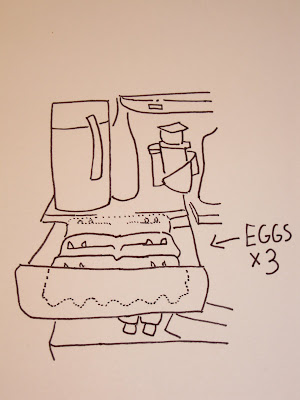 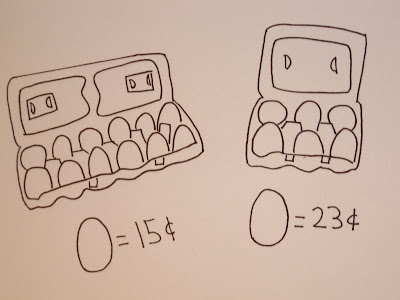 Odds are that I won’t need more than half a dozen... but what if I do? Invariably I choose to pay an extra fifty cents in order to have the option of using those extra six eggs.

Now if you’ll excuse me, I need to go buy eggs – my church group is coming over tomorrow, and I’m making brownies.