After a long day, including a classroom observation by an enthusiastic Chinese delegation observing our school’s international student program and a farewell visit with my parents’ moribund cat, I returned home to find a single flyer in my mailbox. On it was the loveliest figure in all of creation: 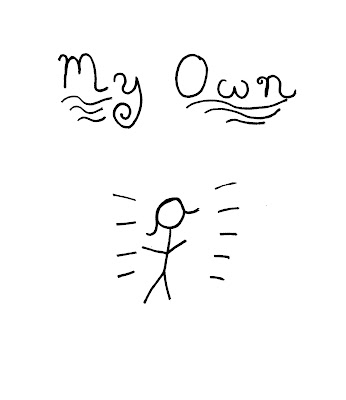 I’m not entirely sure how I was chosen as the poster girl for my grad school’s English program, although I suspect it has something to do with the vehement refusal of the first person they asked. 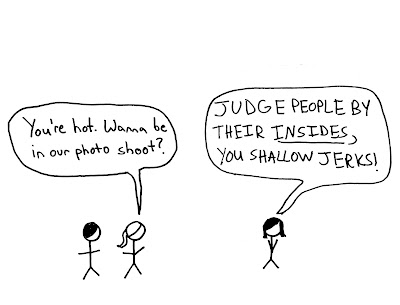 I didn’t find out about this exchange until later, however. By the time I learned of it, I had already given in to the increasingly desperate e-mails from the marketing people, who had cleverly avoided use of the word “photogenic.” Instead, they kept their message to the point. 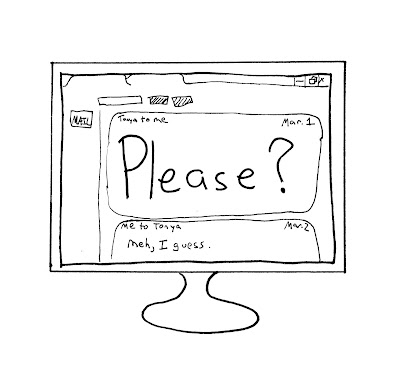 I showed up at the specified classroom at the scheduled time, expecting to stand in front of a screen and smile. Instead, the photographer handed me a dry erase marker. 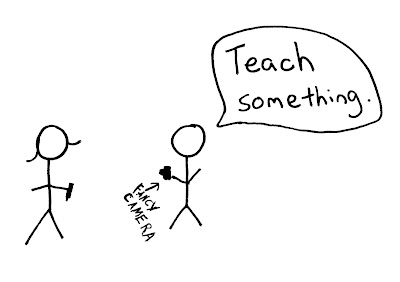 For you non-educator types, that’s the equivalent of telling a comedian to say something funny or instructing an athlete to do something athletic. It just doesn’t work on command like that. After a few seconds, however, I began lecturing on the Odyssey. 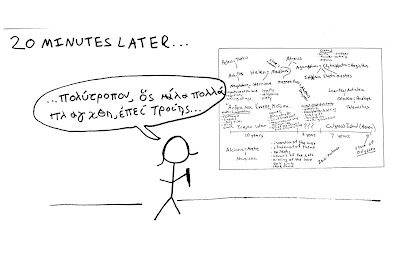 According to the photographer, it was one of the easiest shoots he’s ever done.

Then I met with marketing person assigned to interview me. Despite my request just to write my own statement, she insisted that it would be best for her to interview me and then write up what “I” had said. Eventually I persuaded her to share her summary with me. 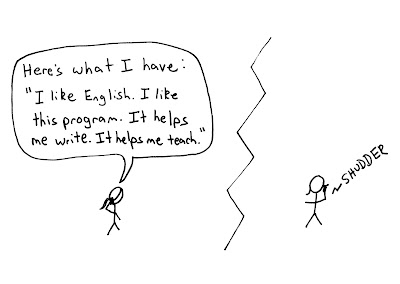 Using my mastery of the English language, I carefully crafted a testimonial both positive and honest (a task tantamount to juggling torches while riding a rickety unicycle on a frayed tightrope suspended over a mob of clueless protestors). After this there was a vast silence.

Two months passed, and then one day I found an advertisement in my school mailbox. 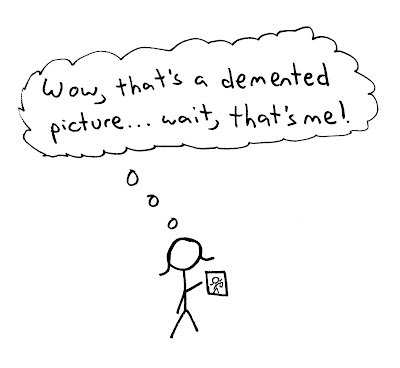 Apparently the photo shoot didn’t work out as well as it had seemed. My hair was in lank curls, my shirt filled with rows of wrinkles, my eyes bulging from their sockets, and my mouth curved into a deranged oval. 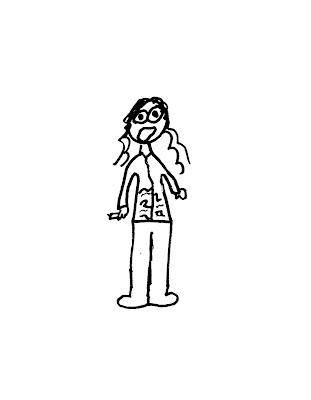 Eh, I thought, they’re only mailing them to every English teacher within a hundred miles.

That summer, the marketing people emailed me to ask permission to put me on their website. I agreed, saying that I wasn’t fond of the picture but they were welcome to use it.

In the late fall, I heard yet again from marketing folks. The conversation went something like this.

Marketing Person: We’re doing another photo shoot, and I remembered you didn’t like your picture. Want to redo it?

Me: Meh. Maybe it wasn’t so bad after all.

Marketing Person: We’d really like you to update your photo.

Marketing Person: Great! We’ve got you scheduled for the photo shoot and video portion.

Thus it was that I found myself clad in a wrinkle-proof shirt and fake teaching Norse mythology for the sake of the camera. 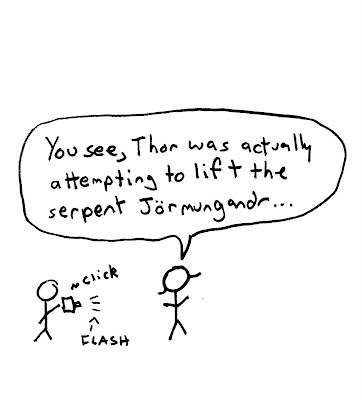 That was the last I heard from the marketing people... until I opened my mailbox yesterday. There I am, in slightly less demented form, fronting a group of three former graduate students.