It all started with a seemingly innocuous package. 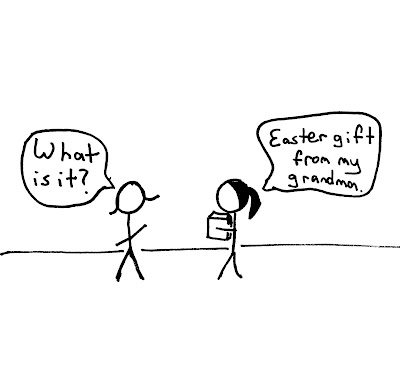 This was my senior year of college, when I shared a campus house with nine other girls, and getting a package from home was a big deal. We all gathered excitedly to watch the opening process. 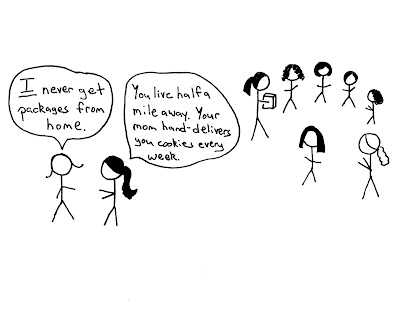 I’m sure that there was any amount of Easter-y goodness in that cardboard box, but only one item from it is forever emblazoned in my memory. 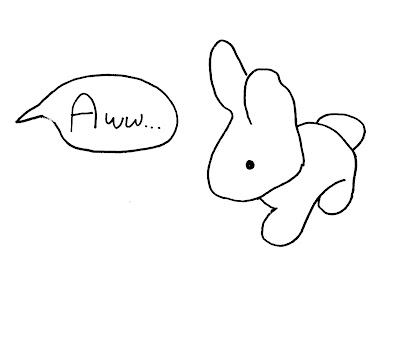 Little did we know the psychological trauma about to be wreaked by the outwardly adorable beast. The creature was a palm-sized mixture of fluff and fuzz, and to perpetuate the myth of its cuteness it was dyed blue to boot. Then there was its special feature. 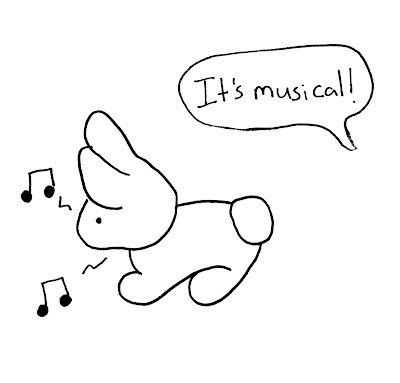 Yes, the blue bunny was musical -- in the most irritating fashion possible. It sounded like a demented ice cream truck, and its song lasted about twenty seconds longer than my patience. 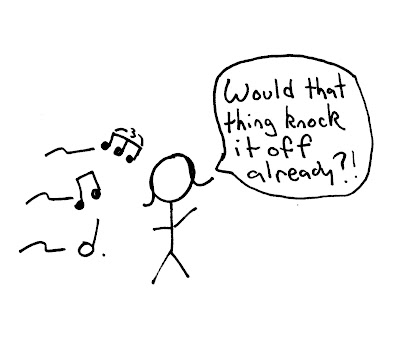 Unfortunately for my mental state, some of the others were highly amused by the wretched bunny. As I went about my end-of-the-semester tasks, I felt my sanity steadily slipping. 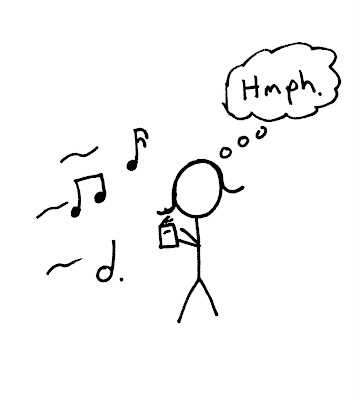 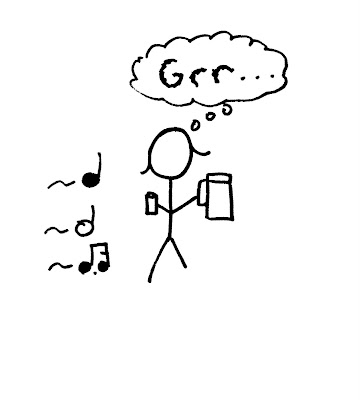 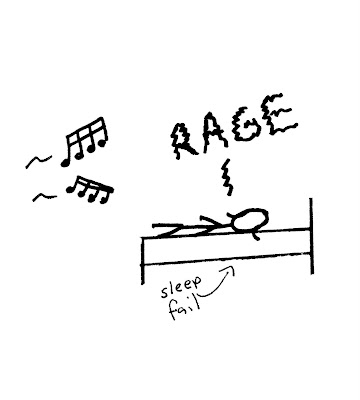 To make matters worse, the bunny’s pitch was ever-so-slightly off key – just enough to turn anyone with musical training into a basket case. 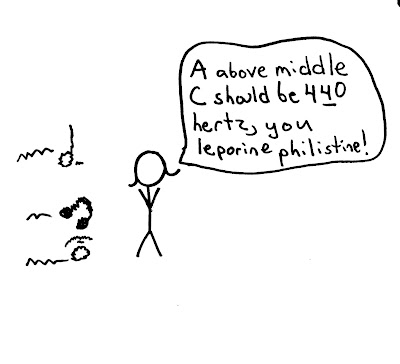 What really unhinged me, however, resulted from Bunny Blue disappearing into the moral abyss of our next-door neighbors. To this day I don’t know what exactly the Brown House boys did to that creature, but when it came back it had taken atonality to new levels. 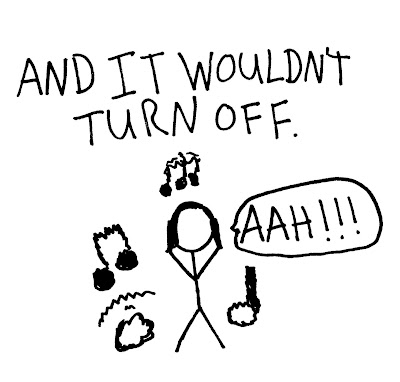 Something had to be done. Someone had to contain the beast.

There was no question who that someone would be. 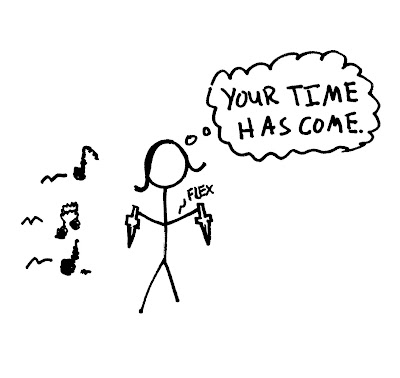 When the Æsir moved to contain the monstrous wolf Fenrir, they bound him by means of a magic fetter. 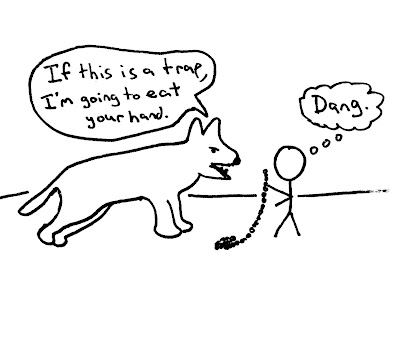 I used a freezer instead. 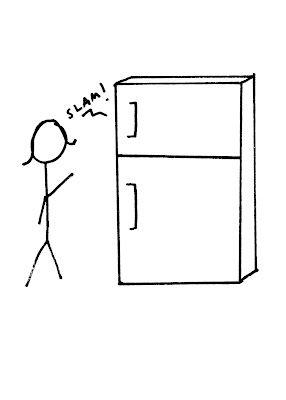 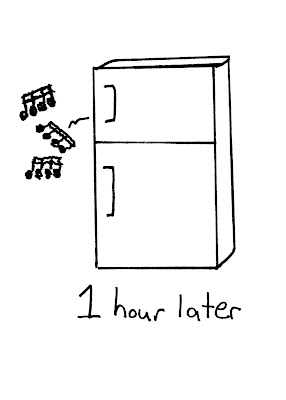 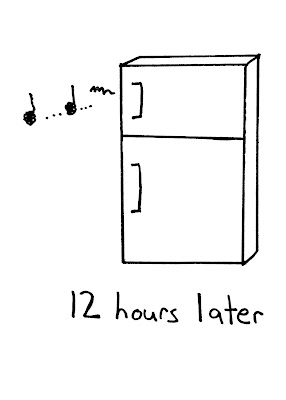 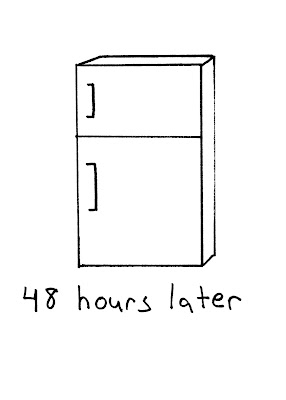 Like Monty Python plague victims, the blue bunny wasn’t quite dead. As the semester ended and we packed up to head our various ways, the creature was foisted on housemate upon unsuspecting housemate. The roulette only ended when everyone had dispersed for good. 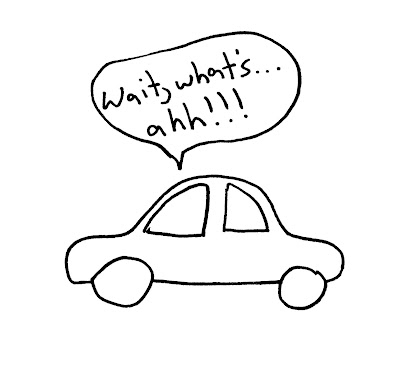 Once again I found myself in control of the beast, and this time I was taking no chances. 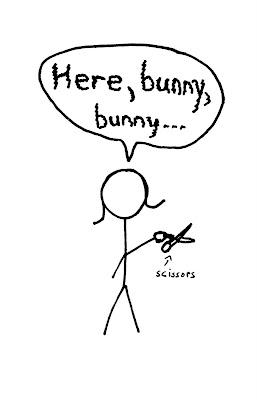 Thanks to my merciless surgery, Bunny Blue was at last fit for human company, and he’s spent the past five years in seclusion with one housemate or another. Right now he’s sitting on my desk, staring at me with unreadable eyes, and preparing himself for tomorrow’s Long House reunion. 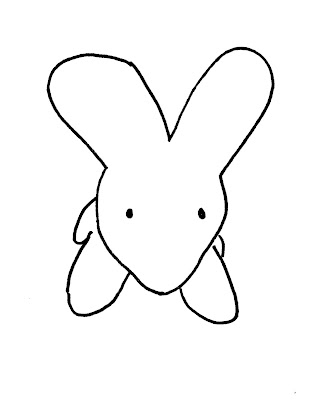 He’s either speechless with delight or silently plotting my death.