It all started a few months ago when a particularly horrifying piece of mail arrived. 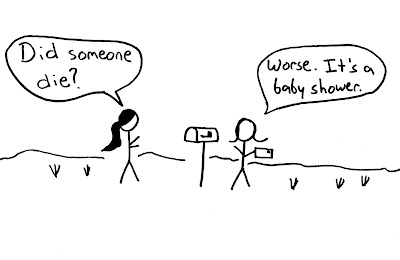 I’m not against babies per se, but they’re something that older people have to deal with. You know, real adults, not people my age. I’d never been to a baby shower, but I did have a mental image of what one would entail. 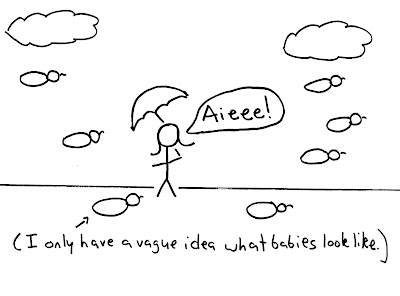 My coping mechanism was to promptly lose the invitation. 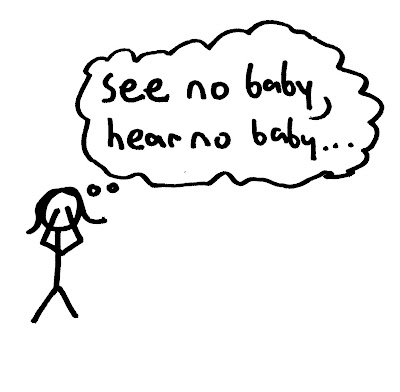 Eventually I gave a last-minute RSVP to the mother-to-be, and she emailed me the time and place I needed to show up. Armed with firm logistical details, I trooped over to the local baby store in order to find a gift. I soon realized that I was way out of my depth. 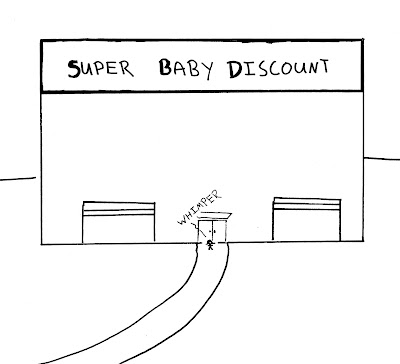 Fortunately, the employees were eager to assist me. 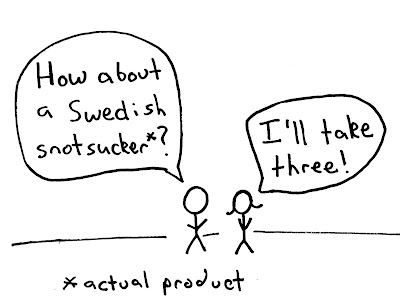 On the day of the shower, I waded through a horde of people I didn’t know and stared in shock. What caught me off guard was that the so-called “baby shower” had a dearth of actual babies. 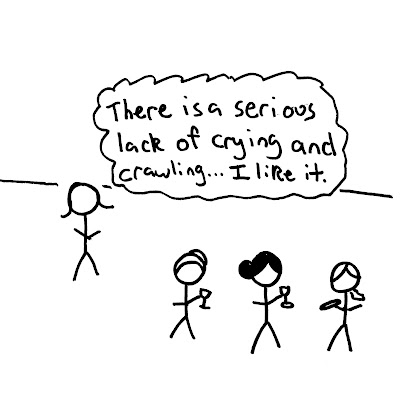 The mother-to-be looked wonderful. So did the mountain of food in the kitchen, but in a very different way. After heaping my plate with goodies, I was more than content to discuss what the future child was to be called. 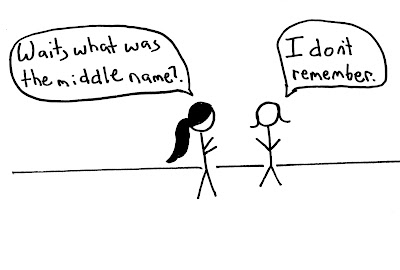 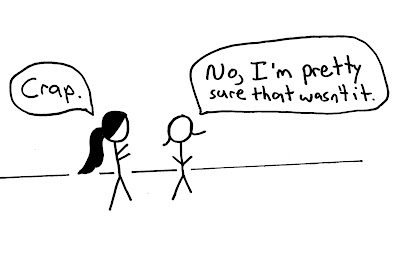 Eventually it was time for the presents. 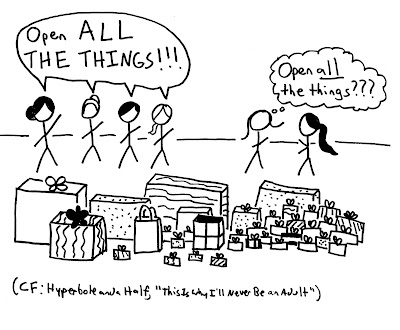 (If you're not familiar with the reference above, you're missing out.)

While we watched the gift-opening extravaganza, I compared notes with my roommate. 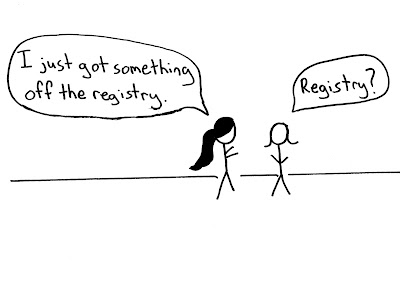 Of course, there was more to the shower than food and presents. There was also a game where we identified the titles of nursery rhymes based on brief excerpts. I won by a landslide. 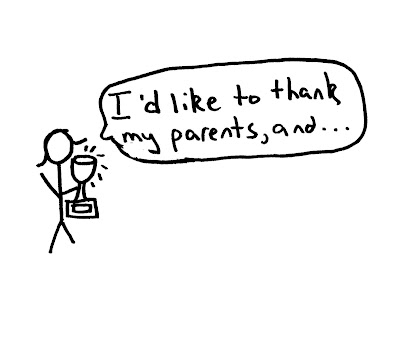 Prizes went to the first, second, and third place winners. 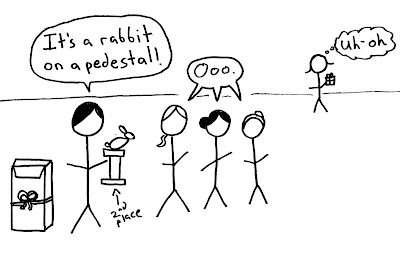 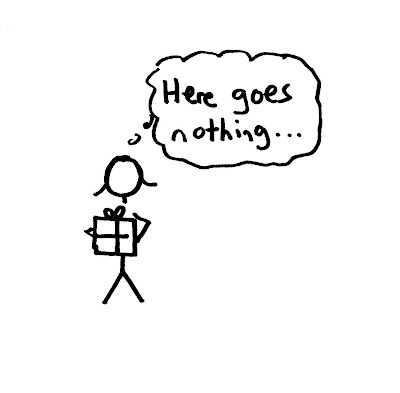 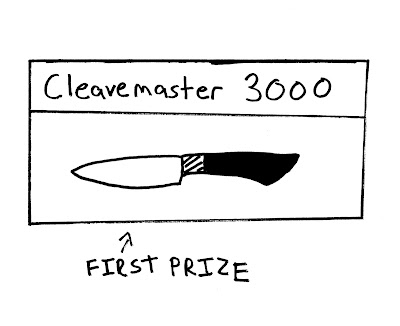 That’s when I decided that baby showers aren’t so bad after all.
Posted by Lori at 8:39 PM